Adults with Autism Spectrum Disorder (ASD) often have communication issues when dealing with the general public.  It is helpful to understand what the autistic individual  experiences and feels in order to effectively interact with them in personal, social and work environments.

Autism creates a personality that is both logical and literal.  To speak of things in too metaphysical a sense will only confuse someone with ASD.  Explaining concepts in as orderly and realistically a manner as possible will facilitate communication.

The ASD person also generally has difficulty reading body language and picking up on the visual cues of others.  Whereas it may be obvious to the rest of the office, for example, that Joe in Sales should be handled with kid gloves due to his bad mood today, the ASD employee would probably need this explained to him or her.  Conversely, autistic people generally get rather introverted when they are depressed or in a bad mood.  Neurotypical people around them must be aware of such mood changes and react accordingly. END_OF_DOCUMENT_TOKEN_TO_BE_REPLACED

For many, the word “Autism” has a negative connotation.  People equate Autism with “disability”, and assume that all those with ASD are non-functioning and require constant supervision.  This is not the case – studies vary with numbers of 30-50% as “high-functioning”.

According to Thorkil Sonne, founder of a Denmark-based technology firm that helps those with high-functioning ASD develop job skills, there may be some advantages to Autism:

END_OF_DOCUMENT_TOKEN_TO_BE_REPLACED

In order to receive a diagnosis of Autism Spectrum Disorder, a person must have all three of the following deficits:

END_OF_DOCUMENT_TOKEN_TO_BE_REPLACED

We have started to provide an environment where we can give autistic adults a chance to get hands-on training and work experience to autistic adults. Right now, this is all in the area of Graphic Design lead by Mandi and Scottie. We started this just this week and hope to see this grow to encompass other areas like video editing, programming and writing. We hope to have a environment where autistic adults can feel safe and work on their social and technical skills. We also hope to use this as a platform to show potential customers that we have a base of trained interns and employees that are able to support various types of projects. We are looking to start finding other non-profits that we can donate our support to which will allow use to build our portfolio of work we have completed.
END_OF_DOCUMENT_TOKEN_TO_BE_REPLACED

It seems that many people with Asperger’s or another high functioning autism spectrum disorder (which is way too long to use regularly) object to the term “normal”.  The rigors of school, particularly high school, mean that it all too often gets used pejoratively, as in: “Why can’t you just act normal?” or “Weirdos aren’t invited, only us normal people”.   The adults and young adults I know with Asperger’s have all expressed discomfort with the word, sometimes saying it doesn’t mean anything or doesn’t exist.

The true meaning of “normal” is simply the average of a group, in this case the behavior of a group of people.  Normal around here is the behavioral ‘norms’ of the 20 to 30 percent of people in the middle of the bell curve of those who have been born and raised in America.  That means lots of eye contact and hand shaking, relatively extroverted and somewhat assertive behavior.  If you behaved normally for Huntsville in China, you would be called weird, and unforgivably rude for making eye contact with perfect strangers.

END_OF_DOCUMENT_TOKEN_TO_BE_REPLACED

According to a new article from Autism Speaks, (located here) “Americans with disabilities experience higher unemployment rates than the general population and those who are employed tend to hold low-paying jobs, work part-time and earn less than their counterparts, according to a new study released by the U.S. Census Bureau’s American Community Survey (ACS). Based on a new Disability Employment Tabulation, the ACS data show that between 2008 and 2010, individuals without disabilities were about three times more likely to be employed than Americans with disabilities.”

END_OF_DOCUMENT_TOKEN_TO_BE_REPLACED

There is a time and a place for everything – choose your appropriate moment wisely.

It is probably not a good idea to mention this at the job interview, or application stage. The Autistic Spectrum is not widely understood by society, and we cannot expect that to change any time soon. There are innumerable organizations out there working to raise awareness, and encourage acceptance of people with ASD. Until we are more publicly understood, it is not advisable to mention this right away because most people still associate Autism with “disability” – the big D-word. Most employers will be confused, and perhaps afraid to hire you. It is probably best to wait until they get to know you better, or a situation arises that it becomes relevant to mention. While WE want to be understood, we also must have a level of understanding for the limitations of other neurotypical people.
END_OF_DOCUMENT_TOKEN_TO_BE_REPLACED

Consurgo Services will have a table at the Resource Fair for the Huntsville Walk for Autism!  This benefit for the Autism Society of Alabama is being held tomorrow, Saturday April 13th, from 8:30 am.  The Resource Fair will be at the Hampton Cove Middle School, where the walk is starting and ending.   It sounds like we will all be in or near the main parking lot, since the weather should be fair.

END_OF_DOCUMENT_TOKEN_TO_BE_REPLACED

On April 3rd Consurgo decided to get together and have a creative meeting to design t-shirts, logos, and add to our website. We came up with a lot of good ideas and got everyone working together on a creative level. 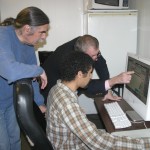 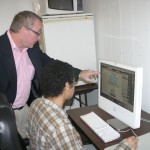 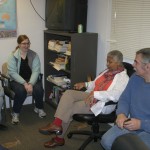 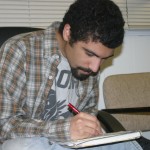 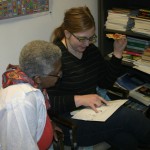 Bad Behavior has blocked 150 access attempts in the last 7 days.